Wishful thinking helps tons but setting an intention behind it makes it work twice as fast.

This year I’m managing to get my goal of losing weight (so far on week 44. Tomorrow to work and post Week 45. Also mastering my fearless goals and realizing that some of my early youth fears weren’t really fears, just a standard I instinctively had in place from very early on.

And yes, I gave up on some time management and control freak habits I was trying to adquire before Corona Virus came along. But thanks to Corona Virus I realized I was able to remain calm and positive in a situation of chaos and uncertainty that has shaken most of the world. And I think my  fun lazy queen of chaos symtoms taught me how to make the worst of situations work perfectly for me.  So I’m not gonna lie, I think trying to be organized and methodical is so far out of alignment with who I really am that it would never bring me the results it brings to other people.

So…. if I can get what I want despite of not having much in my favour in the sense of daily routines, daily work, daily focused grind, discipline, etc. Then think what could you achieve if you were actually born organized, methodical and disciplined?

How did I do it? Music. I was always listening to music. It’s probably the most consistent thing I’ve done in my life.  Some songs I listened because I liked the style, songs I just loved because of the nood they got me in.

And it’s songs like the one below that made me hopeful and made me gave it a go at that of wishful thinking. I didn’t know what my dreams were at that time. And I wasn’t constant either at listening to this song. In fact I was probably just waiting for any of my favourite songs to be played on the radio so I could record them. But the habit of wishing away my life was any different actually started at that age of 14/15. All I knew is I wished my life would be easier and lighter than it was feeling at that time constantly.

And now I say: “becareful what you wish… because you might just get it”.

And if you’re not as accurate and as specific as possible in your wishes you may just get mixed results. But thanks such mixed results and them claiming they weren’t a mind reader. I actually got to sit down and write down a specific list of things that would be nice feeling within a relationship just in case I was not being communicative enough, who knows. Perhaps he was particularly thick or something when it came to keep a relationship rolling at its best. I doubt he even read it.

But all those things soon came true for me way sooner than I had planned. Ouch, that must have hurt to those who thought of themselves as irreplaceable. But so glad it’s all over now.

Funnily enough this other person didn’t even need a booklet of intructions on how to show me interest and love. They did it right from the start. And trust me… when you want the fairy tale so badly that you’re not afraid to lose a man who is not bringing it… you’ll get it. 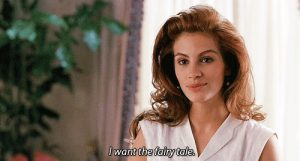 And like so came other dreams come true… like me start selling photoshoots or taking pictures of places like this place below. I so badly wanted to visit Santorini. 😀

But what made the trip so so special and more like a dream come true is that when I wished so badly I could go there I had no idea how I would get there. I knew I wanted it sooner rather than later and travelling wasn’t among my priorities at that time. But then is when my new ideal customer and new best friend came along. It costed him sort of blood, sweat and tears to earn my trust …  ever since we met he thought I could be an ideal travel companion… and I was like “no way, that’s not a priority right now, you better travel on your own”.  But there you go…. six months of consistent behaviour on his side and I magic myself there…. not knowing where I was going to end until I got to the airport. But kinda hoping he noticed this island showed a million times on my pinterest board of places I wanted to visit one day. And if he was intelligent enough he’d take me there and so he did. ;D. And yes, best of it all, he booked all the hotels, all tickets and hired the cars and planned the trip itself. And he wanted the best views in the best places available. And that’s what I like so much about him. He’s always about giving the best he can give. At least when it comes to me. That’s why I’ve got to love him so much as a person, don’t know many people who do these days. I love people who makes things like these look easy and effortless when you know they’re not and they won’t even tell you how much it costed them because all they want is to enjoy your company. And there was me… living the dream that my financial freedom wishes had led me to. 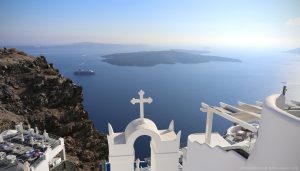 Now… with such an ability to make my dreams come true….you might be wondering how come I have not become famous or a millionaire yet. To be honest you must consider yourselves lucky that I think ruling the world is too much hard work!!.

Well, I have studied the reasons as to why I don’t really wish with all my might to become either of those. And that is because people have a fake idea on what success in life is. We get media ideas that to be happy is to drive a super expensive car or have tons of  money. But the truth is that money doesn’t buy self love, money doesn’t buy happiness, money doesn’t buy trust or affection. In fact, most of them are extremely depressed and addicted to drugs to numb their unhappy or empty lives. So I’d rather be happy with my kids than financially rich but if I can be both… let’s have both from now onwards ;).

But I would only want more money so I can work less and spend more time with my kids and take them to cool places and nice adventures. But then again…  time with their parents is probably what they want and need the most.  So no stress to take them to cool places. All they want and need is cuddles and love from their parents. So I consider myself a millionaire in the health, love and affection department. And that’s something that money can’t buy. 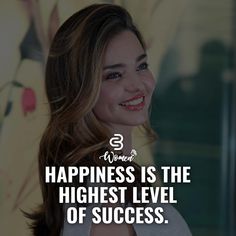 But knowing what I’m capable of make most of my dreams come true makes me stay focused now on setting specific deadlines and think carefully on the specifics on how they’re gonna come true on my 2021.

I’m saying this from experience. Because nevermind how much I’m trying to avoid distractions like dating men or meeting with men (unless they’re customers or business related contacts) life keeps throwing at me all those men I once wished they cared more about me or liked me back.

Funny, isn’t it?. Unfortunately when I had those dreams I wasn’t all that specific about time and conditions. But from those days my goals have changed tons and I’ve set my standards so high that I’m afraid almost none of them actually qualify these days and it’s kind of hearbreaking having to  reject them all or fake keen interest in them so they’ll go away on their own way faster than if I actually ignored them or rejected them. Now I’m only committed to pursue my financial freedom goals all by myself.

One of those goals I have yet to chase properly is the showing other people effectively the how to make their dreams come true for them. Some of my friends have seen me wishing things away in front of them and made them turn true for me so they know my advice may sound crazy at first but soon they saw how I got exactly what I wanted… so the clever ones asked me for advice.

I even got two friend’s partners to commit to marriage when they thought their situations were totally hopeless. And as far as I know their marriages are still working and that’s because what I teach them is not how to be something they’re  not. But how to release something they’ve forgotten they have.

What I teach people is obviously a tool we all have and most of us have forgotten we have it or don’t know how to use it properly. It’s called…. power.